Rumination Is A Risk Factor For Anxiety 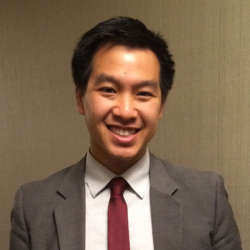 Have you ever felt like your mind was "stuck" and that you kept thinking about the same negative things over and over?

That, try as you might, you couldn't stop thinking about a recent mistake or embarrassment or failure, or worry about how things were going in your life?

This phenomenon of getting stuck thinking about the same negative things over and over is what psychology researchers call rumination.

Rumination comes from the word ruminate, describing how cows chew cud over and over

Rumination was brought to the attention of psychologists by the late Susan Nolen-Hoeksema as a potential explanatory factor for the significant difference in rates of depression between men and women after onset of puberty. Women are significantly more likely to develop depression compared to men1 and Nolen-Hoeksema proposed this difference was due to the greater frequency by which women engage in rumination as a coping strategy compared to men2. Rumination has since been found to be associated with more depressive episodes, greater severity depression, and longer depression episodes3.

What Are The Likely Causes?

In light of its role as a risk factor spanning multiple diagnoses, a natural question to ask is why do people ruminate? What causes rumination? Nolen-Hoeksema and colleagues (1991; 1999) originally proposed that rumination was a maladaptive emotion regulation strategy born of negative, uncontrollable experiences, where individuals increased attention and focused on one's symptoms and their implications.

Deficits in attentional control have been proposed as another explanation for why people ruminate. Attention control is thought of as the ability to direct attention toward or away from stimuli depending on current task demands or goals. Rudi De Raedt and Ernst Koster (2010; 2011) have suggested instead that individuals who have difficulty disengaging their attention from negative thoughts get stuck in loops of negative thinking, leading to the phenomenon of rumination. This rumination, in turn, leads to anxiety and depression.

There have been a handful of research studies that support a general association between attentional control and rumination7. However, these studies often didn't examine their relationship in the context of anxiety or depression symptoms. Moreover, most studies in this general topic area rely on undergraduate samples. Our research team based out of McLean Hospital and Harvard Medical School sought to rectify these issues by examining the association between attention control, rumination, and anxiety and depression symptoms in a clinical sample presenting for treatment to a psychiatric hospital. We also were interested in applying a statistical technique called mediation to test if the relationship between poor attentional control and these clinical symptoms might be explained by rumination (i.e., whether or not people with poorer attentional control had stronger rumination, which in turn was associated with more clinical symptoms).

We had individuals presenting to our treatment program complete validated instruments examining their level of rumination, quality of attentional control, and anxiety and depression symptoms. Our patients were either stepping down from hospitalization to an inpatient unit (helping them to more gradually transition back to things) or stepping up from their current level of care (as a way of avoiding an inpatient hospitalization), meaning that they were a group experiencing a large amount of suffering but generally representative of people who are experiencing clinical levels of anxiety and depression.

What The Research Tells Us

Our findings suggest that interventions that target attentional control may lead to improved emotion regulation and reduced clinical symptomatology via decreased rumination. Preliminary studies in this domain have shown support for directly targeting attentional control in the alleviation of anxiety and depression symptoms, decrease of rumination, and improvement of emotion regulation8. Interestingly enough, mindfulness-based interventions have also been found to improve attentional control and reduce clinical symptomatology. Moreover, mindfulness meditation has been found to reduce rumination in patients with a history of depression and anxiety disorders9. Testing to what extent these gains are made via reductions in rumination is the one of the next questions that deserves attention in this area. Other interventions that directly target rumination, such as Ed Watkins' Rumination-Focused Cognitive Behavioural Therapy (RFCBT10), may also train attentional control through emphases on shifting thinking away from ruminative thought (e.g., to more adaptive thinking patterns).

Given our results though, further emphasis on and exploration of direct attentional control training interventions seems merited. To wit, researchers and organizations like the National Institute on Mental Health have suggested that identifying and targeting these "neurocognitive" factors represents an exciting and growing field of interest within the study of anxiety and depression. The potential ease of implementation and dissemination of attentional control training interventions make this area a potential "high value" area of investigation.

How Dwelling On Stress Can Prevent You From Overcoming It

Grief Over A Lost Loved One? Worry May Prolong The Process