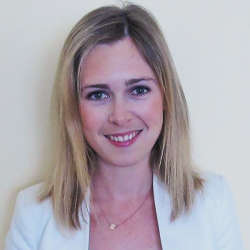 Kathryn Cairns
from University of Melbourne

Depression and anxiety disorders are common in teens and can have severe and potentially long-lasting consequences for the development and well-being of young people. Unfortunately, many adolescents are reluctant to seek professional help for their mental health problems, preferring instead to deal with them on their own, or with the support of friends and/or family members.

That's why researchers and mental health practitioners are looking at ways they can intervene early and prevent the occurrence of common mental health problems, before symptoms develop.

A recent review published in the Journal of Affective Disorders investigated the risk and protective factors that are involved with teen depression. The findings illuminate ways young people can modify their behaviors—without intervention from a professional—in order to reduce their personal level of risk for depression. Past research tells us that there are many different factors that can contribute to the development of depression. Although some of these factors (e.g., their genes and exposure to traumatic events) are not under the control of the adolescent, many others are (e.g., lifestyle practices and risky behaviors). The teenage years are a period of life when lifelong health habits become established, as young people begin to have more agency, start making decisions about how best to look after themselves, and cultivate life-long habits. Because this is such a crucial time, it is important to raise awareness and educate young people about the potential impact their choices and behaviors can have on their mental health.

Interesting Facts About the Causes of Teen Depression

My colleagues and I have collected data from all published studies that touched upon the theme of depression in teens. We identified longitudinal studies that had measured modifiable risk and protective factors at one time point during adolescence (12-18 years), and assessed those same adolescents at a later point in time for symptoms of depression. We combined the data from all those studies, and present a few highlights from this synthesis here.

Factors that can increase the risk of teen depression:

Factors that can reduce the risk of teen depression:

Empowering Teens to Make Good Decisions for their Mental Health

Although this review focused on depression, it is plausible that the identified risk and protective factors could influence other common mental health problems, such as anxiety. This is because there is considerable overlap in the risk factors for these mental health problems, and in fact individuals often experience the two disorders together.

The findings from this review are encouraging in suggesting that there are everyday things that adolescents can do to help them achieve an optimum level of mental health and well-being. My colleagues and I were interested to note that the identified risk and protective factors share a lot of similarities with preventive messages for common physical health conditions, such as cancer, diabetes and heart disease. We envisage that these findings can support the development of evidence-based health promotion and education messages that are communicated to adolescents. The findings may also inform the development of self-help preventive interventions for adolescents, which could be delivered in a variety of youth settings (e.g., in schools, community centers, or via the internet or mobile phone applications).

Sleep: A Fundamental Cure For Anxiety