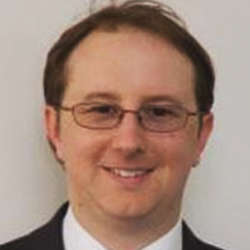 Most of us take the ability to go to the bathroom with ease for granted. For some individuals in our community, going to the toilet in public restrooms is an all-consuming, overwhelming experience to be avoided at all costs. Toilet anxiety, also known as toilet phobia, relates to two conditions: paruresis, the fear to urinate, and parcopresis, the fear of having a bowel movement in public (e.g., worry about smells, noises).

Research into these conditions is limited, despite the anecdotal evidence that they are quite common. The United Kingdom National Phobic Society suggests that around four million people in the UK (around six percent) are unable to urinate in public toilets due to anxiety. No research to date has been conducted into anxiety associated with bowel movements in public, and also if fears of having a bowel motion in public is related to a fear of urination in public.

Understanding the Fears of Toilet Anxiety

Many of my patients experience toilet anxiety. In my own practice, almost all the patients I see worry about not being able to get to the toilet in time, or are concerned about any sounds or smells they may make while in a public toilet. I suspect that the rate of toilet anxiety in Australia —about six percent—may be similar to that found in the UK, however, no research to date has been conducted in Australia.

In my experience with working with individuals who experience gastrointestinal conditions, there is an increased sense of anxiety when having to travel/be in public where the use of a public restroom may be required. Sometimes this fear is about being viewed by others in a negative way due to noise/smells, or it revolves around a sense of shyness/concerns about one's own bodily normal functions. For most of us this is not a problem. For a few (the number is not clearly known), however, simply needing to use the restroom may lead to a negative cycle of stress, pain, avoidance and increased anxiety. This can cause problems in both social and occupational functioning, and also cause trauma to the bowel. While there is some research relating to shy bladder syndrome (inability to urinate around others in a public restroom), nothing has been published in relation to shy bowel syndrome. I believe shy bowel syndrome may be just as common as shy bladder syndrome, but there is not enough evidence to prove this.

At its worse, individuals with toilet anxiety avoid social situations in which a public toilet may be required. This can have a devastating impact on an individual's ability to socialize, study, and work. Unfortunately, this can lead to a vicious cycle of physical and emotional distress. Further, some individuals will 'hold it in,' causing significant abdominal pain and discomfort. In fact, individuals who 'hold it in' regularly and for long periods of time, may actually be causing damage to their gastrointestinal tract.

How to Tell if You Have Toilet Anxiety

Since there are no validated questionnaires for shy bowel syndrome that are medically recognized, I am currently working on a questionnaire-based study that aims to develop one. Once we get as many diverse responses as possible and complete the study, we can then use various statistical methods to help identify levels/rate of shy bowel and how they compare to shy bladder syndrome/anxiety/depression levels. Some statements that those with toilet anxiety may identify with include:

I suspect that there are some individuals whose toilet anxiety is a symptom of Obsessive-compulsive Disorder (OCD)– specifically germ phobia. If such is the case, the avoidance of toilets would not be exactly defined as toilet anxiety, but better explained through OCD. The questionnaire I developed also aims to help differentiate if the avoidance is due to social anxiety, germ-specific phobia, OCD, or any other type of anxiety disorder. I would say that certainly, having germ-associated OCD would exacerbate avoidance of toilet anxiety. A smaller cohort of individuals with OCD, may also experience social anxiety.

At this time, very little is known about toilet anxiety. That's why I am interested in hearing about the experiences of any individual who think they may suffer from a fear of going to the bathroom. Based on this information and feedback, I aim to develop an online psychological treatment service for toilet anxiety, similar to the other websites developed at Swinburne University. If you believe you may be suffering from toilet anxiety and would like to participate in this study, visit www.toiletanxiety.org.

Keith Whipple, MA, RDT from Institute for Therapy through the Arts
673 Likes

Do You Have Social Anxiety? Are You Anxious In Groups?

5 Reasons Why Anxious Children May Be Liked Less