Sex May Be A Partial Antidote To Anxiety and OCD 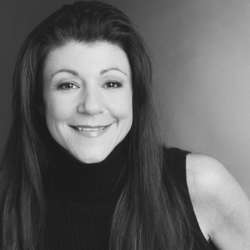 Sex and OCD – how can that work?

Engaging in sexual activity may be the perfect cocktail for happiness. Kissing, hugging, caressing or simply sitting next to someone sends a rush of chemicals triggering intense pleasure. When we are physically close to someone we get a surge of dopamine, serotonin, oxytocin, and endorphins that feels like we have just won the lottery.

Obsessive-Compulsive Disorder (OCD) is a common and persistent disorder in which we experience reoccurring thoughts (obsessions) and behaviors (compulsions) that we feel the urge to repeat. The most effective treatments for OCD are Cognitive Behavioral Therapy (CBT) and/or medication. Exposure and Response Prevention (ERP) is a type of CBT. Exposure refers to "exposing yourself to the thoughts, images, objects and situations that make you anxious and/or start your obsessions." Response prevention refers to making a choice not to do a compulsive behavior once the anxiety or obsessions have been triggered.

Sex or simple physical closeness can increase serotonin levels. In 1999, University of Pisa psychiatrist Dr. Donatella Marazzati, in the journal Psychological Medicine, demonstrated OCD and the beginning of a romantic love share significantly lower serotonin elements. Love, pair bonding, and pathological conditions (e.g. OCD, Paranoia) can be related to the same neurological conditions. Serotonin levels return to normal after 12-18 months from the beginning of the relationship. For those clinically diagnosed with OCD, serotonin levels remain unchanged. SRI's and/or SSRI's increase the level of serotonin in the brain; serotonin creates a sense of bliss.

Having sex (sexual relations) may be the perfect replacement for Exposure and Response Prevention (ERP) in reducing compulsive behaviors in OCD, even in people who did not respond well to SRI medication. With ERP the patient is not only exposed to their cues, their habitual response is prevented. For example a group of people obsessively worrying about germs were told to lick the banister of the subway and not engage in the compulsion of cleaning their mouths. The point of the exercise is to develop and then increase the patient's tolerance to germs. Getting some action seems like a more desirable plan of attack.

During sexual activity dopamine ,"The Happy Hormone", is released. Dopamine stimulates desire and reward by triggering an intense rush of pleasure. It has the same effect on the brain as cocaine. With OCD, the intention of performing compulsive behaviors is to quell the anxiety provoking obsessive thoughts. Sexual intimacy can be used as a tool to rewire the neuropathway created when compulsions are used to extinguish obsessions. Cuddling could replace compulsively checking to see if the oven is off for fear of fire, thus creating a new and certainly more gratifying neuropathway when anxiety is triggered.

Having sex is a wonderful prelude to discussing OCD. A key hormone released during sex is oxytocin. Oxytocin lowers our defenses and makes us trust people more. It is also the key to bonding as it increases empathy. Sexual activity can create a calm environment making it easier to disclose embarrassing personal information. Even a 20 second hug can leave us feeling happy and relaxed.

Vulnerability brings people closer. Sharing details about your OCD enhances intimacy. Social psychology researcher Arthur Aron developed 36 questions designed to increase people's affinity for one another. The point of the questions is to have sustained and escalating reciprocal self-disclosure. Partners reported feeling connected and wanting to maintain their connection after listening to the answers without judgment. Going through each question with your partner sets the stage for open discussion about OCD. For example:

27. If you were going to become a close friend with your partner, please share what would be important for him or her to know.

29. Share with your partner an embarrassing moment in your life.

36. Share a personal problem and ask your partner's advice on how he or she might handle it. Also, ask your partner to reflect back to you how you seem to be feeling about the problem you have chosen.

Remember, in OCD the compulsive behavior does not stop the obsession. Giving in to the urge and performing a compulsive act puts off the obsessive thoughts for a short length of time. In the early 1900's, an MD practicing in an asylum had a patient that never spoke. When out on the facility grounds he would silently walk around the perimeter of the area where other mental patients exercised. In an unprecedented attempt, the doctor began to walk with him along the track silently. After a few days of walking together the patient began to speak to his doctor. Engaging in the compulsive activity with your partner may normalize their behavior. The anxiety of OCD may be ameliorated or extinguished.

"It didn't strike me as odd. We haven't been dating that long and we're both surgeons. Taking showers before having sex makes some sense." Emily is an intelligent, open minded 36 year old woman. She looks at most things through a scientific lens. Sex is one of the few areas she tries to trust emotions. It took Emily awhile to realize showering was a mandatory prerequisite for sex.

Can you have sex without compulsively showering in a specific way without fear of dire consequences? Emily's boyfriend could not bring himself to engage in sexual activity without first performing his showering ritual.

What Emily thought was foreplay was actually part of her boyfriend's compulsive behavior pattern. Compulsions are repetitive thoughts and behaviors a person feels driven to perform in response to an obsession. They manifest in various ways ; a need for order, keeping things even, kissing a certain amount of times, sliding your hands on a partners body evenly on both sides. The line between sensual showering and compulsive cleansing is the level of intrusion on one's daily routine.

A routine you share with a partner brings you closer together. Methodically washing each other's body parts in a specific order, Emily and her boyfriend were able to "relax." They were able to take a mental health issue and normalize it through sex play. Joining your partner in a ritual can help relieve feelings of anxiety.

Sexual activity or simply making physical contact ( e.g. moving together harmoniously like dancing, or just by vividly imagining activities where there are warm feelings of rapport and love) significantly increases serotonin levels. The current best practices if you are coping with OCD are serotonin reuptake inhibitors and CBT. SRI's and SSRI's are two drugs that increase levels of serotonin. ERP is the cognitive behavioral approach for dealing with OCD. Engaging in sex or sharing intimate time with others mimics the chemical reactions brought on by ERP.

A sex cocktail may be the antidote to OCD. The endorphins released during sex help clear the mind. Serotonin creates a sense of bliss. Dopamine stimulates the pleasure center of the brain (the same area that lights up when we win the lottery or use cocaine). Sexual intimacy may just be the magic bullet for ameliorating or eliminating the anxiety caused by OCD. Communication, experimentation, and a playful sense of pleasure seeking can cultivate a healthy sex life for both partners coping with OCD.

And, as Alfred Kinsey said: The only unnatural sex act is that which you cannot perform.

4 Steps For A Better Relationship With Someone Independent 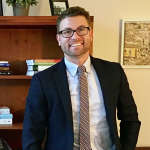 Anxiety And Depression Can Ruin Your Sex Life

David A Kalmbach, Ph.D. from University of Michigan
73 Likes