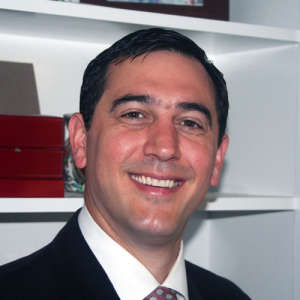 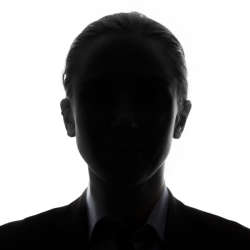 Post-traumatic Stress Disorder (PTSD) is a psychiatric disorder that can occur following a traumatic experience. Many people think about PTSD in the context of military combat and war veterans. However, PTSD symptoms can develop from experiences involving natural disasters, serious accidents, life-threatening illnesses, physical abuse, and sexual assault during childhood or adulthood. A traumatic event that precedes the onset of PTSD can be experienced either directly or indirectly by an individual. Learning how a loved one died a violent death, or watching someone be assaulted, are examples of indirect trauma exposure. A trauma, whether directly or indirectly experienced, often threatens a person's sense of self, world, and future, causing trauma-exposed individuals to experience substantial emotional distress. The prevalence of trauma exposure is above 50 percent for both men and women in the United States. In fact, 61 percent of men and 51 percent of women have experienced at least one trauma during their lifetime (Perkonigg, et al., 2000). Fortunately, only 8.1 percent of men and 20.4 percent of women who experience a trauma go on to develop PTSD (Kessler, et al., 1995).

A person in a car accident who was hit by a blue car might get extremely anxious at the thought of driving and might pay particular attention to other blue cars on the road. He or she might avoid driving altogether, especially down the street on which the accident occurred. Nonetheless, with time, most people reclaim their lives. Although it might be counterintuitive, in the first three months following a trauma, an adaptive coping strategy involves accepting any negative feelings and expressions of symptoms as normal and confronting the trauma memories in order to process them. Being kind to yourself, understanding your symptoms as normal reactions to trauma, and not avoiding trauma reminders will help the natural recovery process.

As follows from the statistics mentioned earlier, the majority of people naturally recover from a traumatic experience and its associated symptoms within several months. It is also typical for most individuals to endorse feelings of acute stress for one to three months after a trauma. Common reactions following a traumatic event include intense fear and anxiety, re-experiencing the trauma through intrusive memories and nightmares, avoidance of trauma reminders, irritability and anger, loss of interest in pleasurable activities, difficulty sleeping, feelings of guilt and shame, disrupted relationships, decreased interest in sex, impaired concentration, and activation of other traumatic or negative memories.

The nature of the trauma and an individual's biology, environment, and life history combine to predispose an individual to PTSD. For example, individuals who are sexually assaulted develop PTSD at much higher rates than individuals who experience other types of noncombat traumas (Kessler, et al., 1995). Moreover, PTSD symptoms are more severe in individuals who experience a particularly jarring or unexpected event, as shown in a study that collected information on the types of stressors identified by ambulance workers (Clohessy & Ehlers, 1999). One ambulance worker in this study reported witnessing dozens of distressing incidents on the job. Yet, his most severe PTSD symptoms and most frequent intrusive memories occurred after he found a dead baby in a bag. As part of his job, he reported mentally preparing for "routine" distressing events, but he never anticipated witnessing something this alarming without warning. He was completely taken off guard, and began questioning his sense of safety, trust, and fairness in the world. For reasons such as these, a traumatic event can be a watershed moment that creates a discontinuity between someone's pre- and post-traumatic life. At its worst, the trauma will cause prolonged symptoms of PTSD that affect an individual's day-to-day well-being.

The Four Types of PTSD Symptoms

Therapists and researchers organize PTSD symptoms into four distinct subgroups: intrusive symptoms, avoidance symptoms, negative alterations in cognition and mood, and alterations in arousal and reactivity. At minimum, an individual with PTSD expresses one intrusion symptom, one avoidance symptom, two cognition and mood symptoms, and two arousal and reactivity symptoms. PTSD symptoms last longer than one month for affected individuals. Examples of symptoms in the four subgroups are listed below:

Negative Alterations in Cognitions and Mood:

Alterations in Arousal and Reactivity:

It is also common for individuals with PTSD to express symptoms of depression. Several overlapping symptoms include impaired sleeping, difficulty concentrating, low energy, agitation, and a loss of interest in things previously found interesting. Moreover, some traumatized individuals turn to alcohol, drugs, or medication to cope with the distress. While taking substances to cope might seem effective in relieving some PTSD symptoms, substance abuse actually interferes with an individual's drive to seek help, cope, and process the trauma in a productive, permanent way.

Treating and Coping With Trauma

Confronting and talking about one of the most shocking, disturbing experiences of an individual's life is indisputably difficult. Seeking help takes courage and a willingness to be vulnerable. Yet there are several treatments available, like Prolonged Exposure Therapy and Cognitive Processing Therapy, that have been shown in research studies to ameliorate PTSD symptoms, making treatment a worthwhile investment.

Prolonged Exposure Therapy (PE) is the gold-standard for PTSD treatment. Generally PE consists of 10-15 therapy sessions. The two core components of PE are imaginal exposures (repeated confrontation with the traumatic memories) and in vivo exposures (systematic confrontation with avoided trauma-related situations). Other components of PE include processing of the imaginal exposure experience, education about common reactions to trauma, and anxiety management (controlled breathing).

Cognitive Processing Therapy (CPT) is another empirically supported treatment for PTSD. CPT targets irrational thinking and cognitive distortions in therapy to help patients process their trauma memories. The four main components of CPT are learning about your PTSD symptoms, becoming aware of thoughts and feelings, learning skills to manage the thoughts and feelings, and understanding the changes in beliefs that occur because of the trauma. In CPT, patients will write out their trauma narrative and work with a therapist to uncover cognitive distortions. Self-blame and feeling powerless against all danger are two common examples of distorted thinking.

PE and CPT are two of the more frequently used forms of therapy, but there are more treatment options available. Please visit the Department of Veterans Affairs (VA) website to learn more about other treatment options for PTSD. Additional resources include the Center for the Treatment and Study of Anxiety, the VA's National Center for PTSD, the International Society for Traumatic Stress Studies, and any rape crisis center near you. 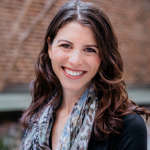