Probiotics may improve anxiety and depression 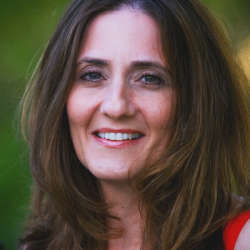 Mice fed a regular diet of probiotics showed signs of decreased anxiety and depression, along with changes in brain chemistry associated with those mental disorders, according to new research.

Just published online in the Proceedings of the National Academy of Sciences, the pioneering study investigated possible connections between anxiety disorders and lactic acid bacteria naturally found in the intestine. Lead investigator John F. Cryan of the University College Cork in Ireland, and colleagues at McMaster University in Canada theorized that certain gut bacteria known as probiotics may affect brain chemicals involved in stress, mood and anxiety disorders.

Probiotic bacteria, found in the gastrointestinal track, are living microorganisms believed to benefit digestion and promote health. They are described as 'live and active cultures' in foods such as miso, yogurt and other dairy products and are also sold in pill form. They have been found to reduce intestinal side effects from antibiotics and to improve irritable bowel syndrome, along with other benefits.

To assess possible changes in the brain triggered by probiotic consumption, the team fed a broth containing Lactobacillus rhamnosus JB-1 to a group of mice and compared the test subjects' behaviors with another cohort of mice given plain broth. Lactobacillus rhamnosus is a lactic acid bacteria involved in fermentation and frequently used as probiotic in foods and nutritional supplements.

The rodents were then observed in a special maze to measure their anxiety levels according to the amount of time they ventured into the exposed, open areas. They were also subjected to a stress test by being forced into a water tank, with scientists examining corresponding stress hormone levels. Receptors and levels of GABA, a principle chemical that regulates emotions and behavior by modulating central nervous system activity, were also observed.

The results showed the probiotic-fed mice exhibiting fewer anxiety-related behaviors, exploring outside areas within the test maze more frequently than their counterparts. They also had reduced levels of corticosterone, a steroid hormone released in response to stress. The researchers also found altered levels of the GABA receptor in the brains of the tested mice, with low levels observed in areas usually increased by anxiety and depression.

How Do the Bowels Affect the Brain?

The team also investigated possible pathways for the transmission of messages from bowel to brain by severing the rodents' vagus nerve. Also known as the cranial nerve X, that particular nerve conveys signals between the brain stem and the abdomen, relaying changes in the gastrointestinal tract to the central nervous system. When their vagus nerve was cut, the bacteria-fed mice did not display any behavioral changes and had unchanged GABA receptor levels, leading study authors to suggest that the nerve is a key pathway used by bacteria to send messages to the brain.

Further studies are warranted with the future use of probiotics potentially promising as an adjuvant therapy for the treatment of mood and anxiety disorders. However, scientists urged caution in interpreting the data, noting that while the probiotic bacteria influenced mice behavior and brain chemistry, the same has not yet been evaluated in humans. And, in this study, only one probiotic was tested, with the duration of the impact of this particular microorganism as well as the effect of other helpful bacteria still unknown.