Is cannabis an effective treatment for anxiety disorders? 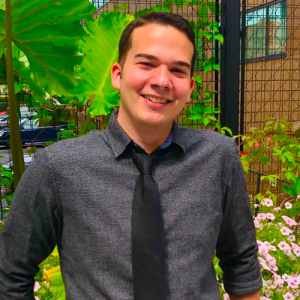 Jesse McCann, B.S.
from University of Pennsylvania, School of Medicine 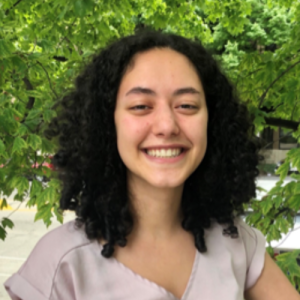 Shari Lieblich, B.S.
from University of Pennsylvania, School of Medicine 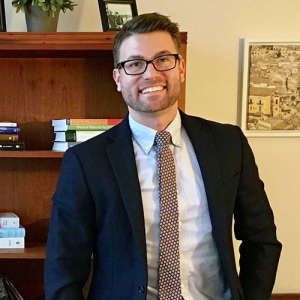 With the growing legalization of medical cannabis throughout the United States, researchers are often tasked with answering the question of whether cannabis can be useful in alleviating conditions like anxiety-related disorders. Typically, cannabis use will likely worsen anxiety symptoms and interfere with evidence-based treatments, such as exposure therapy. However, preliminary research may suggest some positive benefits. For novice users looking to medical cannabis as an alternative method for anxiety reduction, using CBD is often a recommended starting point, so long as it is managed under the care of both a medical provider and mental health professional.

Take Our Quiz: Do I have Anxiety?

Anxiety disorders affect about 40 million adults in the United States – almost 20% - so, if you have anxiety, you are not alone. Answer a few questions to find out more.

The rise of medical cannabis in the United States has left many wondering whether jumping on the cannabis bandwagon is right for them. Often portrayed as a user-friendly substance that can help “mellow out” our responses to everyday life stressors, using medical cannabis for anxiety symptoms and disorders has been of interest to those seeking alternative treatment methods. Considering its controversial history, inconsistent research findings, and the current federal regulations around cannabis in the United States, answering the question, “will medical cannabis treat my anxiety?” is not so simple. Let’s explore the science behind cannabis, cannabis use, and the legal ramifications to getting a bit closer to answering the question “should I start using cannabis?

Cannabis, sometimes referred to as “marijuana,” is made up cannabinoids, which are naturally occurring compounds found in the Cannabis sativa plant.  Cannabinoids act on cannabinoid receptors in the brain that make up the endocannabinoid system, which plays an important role in a host of bodily processes, including memory, perception of pain, mood, and appetite1.  The two most commonly known and studied cannabinoids are tetrahydrocannabinol (THC) and cannabidiol (CBD), with the former being the principal psychoactive component of cannabis and the latter being a non-intoxicating compound2,3.

As a plant, cannabis can be manipulated to exhibit certain characteristics in the form of varying “strains”, including the two most polarized: sativa and indica. Sativa strains of cannabis have higher levels of psychoactive THC and lower levels of non-intoxicating CBD, while indica strains are the more “mellow” of the two with lower levels of THC and higher levels of CBD.  However, strains are often blended to allow for more varied cannabis effects, while ingestion types and dosage also vary, making the consumption of cannabis a multifaceted practice4.

Given its tumultuous history and inaccurate and exaggerated portrayals in films and media, particularly as a result of the ongoing “War on Drugs” implemented by former president Richard Nixon in the 1970s, many misunderstandings, misinterpretations, and misrepresentations exist around cannabis and its effects. Some of the more common being:

In contrast, it is not uncommon for the benefits of cannabis use to be overstated by supporters, which can be misleading to those looking for alternative methods to alleviate difficulties with mood and anxiety. Recent surveys of the general population show that anxiety management is the second most endorsed reason for medical cannabis use5.  Reports such as these suggest that those struggling with anxiety may be reaching for cannabis to treat their symptoms, which underscores the importance of reviewing the objective findings available on this topic. Common misconceptions among those in favor of cannabis use include:

What does the research say?

Debunking some common myths, research on the risks of cannabis use has not shown a direct causal link between cannabis use and psychosis or death. Additionally, while cannabis is the most widely-used illicit drug and accompanies the use of other substances, determining its capacity as a “gateway” drug to more harmful psychoactive drugs has mixed findings6.  However, a systematic review of research suggests that high doses of cannabis use can lead to addiction, psychosis-related health disorders in predisposed individuals, impaired cognition, and overall adverse effects on health outcomes and quality of life in long-term recreational users 2. Such patterns of use have also been linked to cannabis use disorder (CUD) and cannabis withdrawal syndrome, which are characterized by a host of symptoms including irritability and anxiety7,8.  In contrast, a meta-analysis of 23 randomized control trials found no evidence of higher adverse outcomes when patients were prescribed medical cannabis9. In fact, a study of 244 medical cannabis patients with chronic pain found that patients experienced a 64% decrease in opiate use, decreased amount and intensity of side effects of adjunct medications, and improved quality of life10.

Do you have Cannabis Use Disorder?

Although some positive outcomes have been shown in those using cannabis for medical purposes, an analysis of the therapeutic utility of cannabis for treating anxiety symptoms has proven much more challenging. For example, we know that cannabis can have both anxiety-inducing and anxiety-reducing properties:

Specifically, THC has been shown to increase anxiety in animal studies11,12 while CBD has demonstrated decreased anxiety in similar studies as well as in the treatment of anxiety caused by high levels of THC13,14. Similar opposing effects of CBD and THC were found in a neural activation study of 15 healthy men15. Despite these findings, sweeping conclusions remain unclear, making it difficult to parse out how different strains of cannabis use effect and interact with anxiety.

Although research has linked increased risk of panic attacks and panic disorder to cannabis use in some16,17, encouraging findings point to cannabis use as possibly alleviating anxiety in others, particularly through the use of CBD.  For example, a double-blind randomized design study of 24 people with social anxiety disorder found that one 600 mg dose of CBD reduced performance anxiety and cognitive impairment in a speech performance18. A promising 2015 literature review showed that there is evidence that CBD is not only useful in social anxiety disorder, but in generalized anxiety disorder, obsessive-compulsive disorder, panic disorder, and posttraumatic stress disorder19. A 2019 study found anxiety scores decreased with CBD over a month in 72 patients with anxiety and sleep concerns20. Another study from 2019 found perceived symptom improvement in 888 Canadian users of medical cannabis21 In Washington, over 11,000 sessions recorded using the app StrainprintTM (which provides users of medical cannabis a way to track changes in symptoms) demonstrated a 50% reduction in depression and a 58% reduction in anxiety and stress following cannabis use with high CBD/low THC levels22. However, other studies have shown that individuals with social anxiety are more likely to abuse marijuana and that these individuals are more likely to experiences problems related to their cannabis use19. Additionally, a 2017 meta-analysis found no relevant association between cannabis use and anxiety symptoms in a general population sample23.

Results from studies investigating the administration of a synthetic form of cannabis (Nabilone) found a reduction of treatment-resistant nightmares in 72% of 47 patients with PTSD24. Nabilone has been demonstrated to have similar anxiety reduction in other anxiety disorders as well25.  Furthermore, a systematic review of cannabis use in individuals diagnosed with PTSD found evidence of reduced restlessness, irritability, and sleep difficulties as well as reports of greater emotion regulation, reduced feelings of anxiety, and improved functioning overall26.

Other related articles about cannabis that you might find interesting:

Once a well-established and widespread treatment modality, the federal government began placing sanctions on the sale and cultivation of cannabis in 1937, with concerns about its psychoactive effects leading to its prohibition and classification as a Schedule I controlled substance in 1970 2.  Today, cannabis containing THC continues to be considered a prohibited substance under federal law, however, state legislators have found loopholes in the governing of cannabis use for both medical and recreational use. Beginning with California’s “Compassionate Use Act” (Prop 215) in 1996, today only four states - Idaho, Kansas, Nebraska, and South Dakota - have opted to not follow on the lingering smoke trail that is the legalization of cannabis in some capacity.  Thirty-two states, along with Washington D.C., Guam, Puerto Rico, and the U.S. Virgin Islands, have departed from the federal government to impose their own individual laws and restrictions around the sale and use of medical cannabis, but the conditions for which medical treatment is approved varies from state to state27.

Most commonly used as an analgesic, appetite stimulant, and for controlling nausea and vomiting, medical cannabis is primarily recommended for individuals battling chronic conditions.  The most common across states being cancer, HIV/AIDS, chronic pain, anorexia and wasting syndrome, seizure disorders (e.g., epilepsy), skeletal muscle spasms (e.g., multiple sclerosis), and post-traumatic stress disorder.  Anxiety, in particular, is only explicitly named by New Jersey and West Virginia as a symptom or disorder to be treated by medical cannabis; however, many states have an “other” option for which physicians could determine anxiety as a qualifying condition27.

Given the disagreement in regulations between federal and state governments around the sale and use of medical cannabis, particularly THC-laden cannabis, there exists technicalities around what is and is not prohibited.  For example, it is illegal for physicians to “prescribe” medical cannabis to patients under federal law and are only allowed to certify or recommend medical cannabis treatment for patients with state-approved medical conditions. In addition, reimbursement is not permitted by either federal or private health insurance companies for alternative methods, like medical cannabis, therefore those recommended for such therapies are required to pay in full for their treatment27.

Below are current trials investigating the effects of cannabis use on anxiety. See the link for more information.

Given federal regulations of cannabis in the United States, along with the recent boom of the medical cannabis industry, research on its effects are considered to still be in its infancy and unable to keep up with the demands of those seeking alternative therapeutic treatments. With the complexity of both symptomatology of anxiety and the effects of cannabis use, answering the question of whether medical cannabis is a safe and effective method of treating anxiety is a difficult task. More rigorous and controlled research is needed to provide more conclusive answers, so for now, the response to those exploring the options of medical cannabis treatment for anxiety symptom is to “proceed with caution!”

If you are experiencing anxiety that is impairing your daily life, we strongly urge you to reach out to a mental health professional specializing in the treatment of anxiety-related disorders so they may accurately diagnosis your anxiety difficulties and discuss evidenced-based treatments best suited for you. Currently, cognitive behavioral therapy is the most effective and first-line treatment for most anxiety-related problems, and it comes without the possible cost of side effects. Using cannabis or other substances to manage anxiety without the care of a doctor or experienced professional will typically interfere with therapeutic interventions and likely worsen your symptoms in the long run. However, if you are considering using cannabis to alleviate your anxiety, the picture is complex and its usefulness may depend on the chronicity and severity of your anxiety, as well as your history with cannabis use, other substance use, and psychiatric illnesses.

All things considered, the following recommendations should be kept in mind for those interested in pursuing medical cannabis treatment:

What Is The Effect Of Marijuana On Anxiety?

Cannabis Use To Cope With SAD May Lead To Dependence

4.        Rahn B. Why Does Cannabis Cause Paranoia in Some But Helps Anxiety in Others? Leafly. https://www.leafly.com/news/cannabis-101/why-does-cannabis-cause-paranoia-and-anxiety. Published 2015.