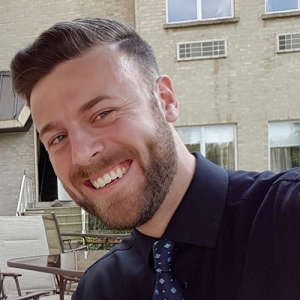 Sexual satisfaction can be jeopardized by dysfunction that occurs at any stage of the sexual response cycle: excitement (desire and arousal), plateau, orgasm, and resolution. Such problems occur in 43 percent of women and 31percent of men1. The most common dysfunction for women is sexual arousal disorder (10–20 percent), and for men it is premature ejaculation (about 30 percent).

How Anxiety Interferes With Sexual Functioning

What is it about anxiety that interferes with sexual functioning? Masters and Johnson (yes, the scientist couple featured in Showtime's Masters of Sex) were the first researchers to identify that fears about sexual performance or inadequacy are a major area of concern for couples who experience sexual dysfunction3. What happens here is that anxiety prevents or inhibits autonomic nervous system response, which in turn prevents physiological arousal4.

Interestingly, anxiety affects sexual arousal in different ways for different people5. Researchers have found very different results between people with a history of sexual dysfunction and people with no history of sexual dysfunction. For those with no history of dysfunction, anxiety sometimes actually increases arousal. People with otherwise good autonomic nervous functioning can experience a sexual arousal response to threat. The study that tested this administered an electric shock to participants while they were viewing pornographic material. The researchers found that those who were threatened with or received the shock experienced greater physiological arousal than those who were left to watch pornography in peace.

Contrast this to another study that tested people with a history of sexual dysfunction in which the opposite was found. Those who experienced the anxiety-provoking shock or threat of shock were less likely to experience physiological arousal than were those who were told there would be no shock.

What do these studies tell us? What can we learn from these seemingly conflicting findings? To start, they show us that physiological anxiety produces different results in different people. This is partially due to personal history. Previous experiences of sexual dysfunction increase its likelihood in response to anxiety. In addition, a person's thought process can have a major impact on the likelihood of experiencing sexual dysfunction.

Effects of Anxiety on Sexual Dysfunction

Many people with anxiety or mood disorders experience sexual dysfunction8, but the degree varies greatly. Some people can experience dysfunction just a few times, while others will experience it in every instance of attempted sexual activity.


Having an anxiety disorder can cause people to develop sexual dysfunction9. The reverse is also true that people with sexual disorders become more anxious10. Men who experience premature ejaculation or inhibited sexual enjoyment are up to 2.5 times more likely to have an anxiety disorder that those who do not have these problems. Women with anxiety have an increased likelihood of arousal or orgasmic dysfunction up to 3.5 times more than non-anxious women11. Looking at both men and women, anxiety is linked to a 2.6 times greater risk of orgasmic dysfunction, a 2.1 times greater risk for inhibited sexual excitement, and a 3.3 times greater risk of decreased sexual desire12.

Experiences of sexual dysfunction can often be very anxiety-provoking. Regardless of what causes the first instance (e.g., cognitive interference, physiological abnormality) or the specific subtype (e.g., erectile dysfunction, orgasmic difficulty), anxiety and depression can help perpetuate it.

Sexual dysfunction is often better thought of as a symptom or consequence of a person's anxiety or depression. Breaking this cycle is largely dependent on how well the disorders are managed. The common thread running through them is a distorted pattern of thinking about the self. Negative sexual experiences can condition an anxiety response in future sexual encounters.

Such a response to stress and anxiety today produces short-term benefit but long-term problems. By immediately leaving or avoiding a stressful situation altogether, anxiety will temporarily abate. But it remains unresolved and will return every time you are exposed to the same stress-inducing stimulus. Therefore, avoidance is not an effective strategy in overcoming anxiety.

To overcome sexual dysfunction, strategies involve moving away from avoiding distressing situations and toward a modified way of thinking and specific actions that help reduce distress.

The American Psychological Association13, in conjunction with the Encyclopedia of Psychology14, identify specific approaches for managing and overcoming each type of sexual dysfunction. Although there are some variations between types of sexual dysfunction, common themes run through the various treatment plans.

1. Get treatment for any physiological cause of sexual dysfunction (e.g., illness, medication side effects)

2. Identify negative thoughts and attitudes about sex that promote anxiety. Psychologists and sex therapists can be great resources for this work.

3. Refocus your attention away from the completion of intercourse and toward intimacy and closeness. When the focus of the interaction is sexual performance, anxiety will often mount and increase sexual dysfunction. Shifting your focus to intimacy that is not contingent upon sexual arousal or orgasm a closer relationship and an experience that has a greater likelihood of success and reduced pressure to perform.

Sexual dysfunction of many sorts can have a powerful effect on personal lives. Early experiences can trigger the beginning of a self-perpetuating cycle of sexual dysfunction, anxiety, and depression, and breaking out of it can be difficult. But specific strategies and trained health care professionals can help restore normative sexual functioning6, 15.

How Do Phobias And Fears Begin To Develop In Children?

6. Barlow, D. H. (1986). Causes of sexual dysfunction: The role of anxiety and cognitive interference. Journal of consulting and clinical psychology, 54(2), 140.