Why early CBT for anxiety can help your child 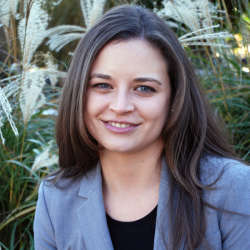 Let me tell you about Susan, a twenty-four year old who has struggled with extreme shyness since elementary school. Since a young age, Susan has avoided social situations at all costs. As a child she declined invitations to birthday parties, opted not to participate in extracurricular activities, and made few friends. Over time, Susan has become isolated and lonely due to her lack of social connections. Lately, Susan has become increasingly unhappy and has started to think life is not worth living. She has never had treatment for her anxiety.

Johnny, on the other hand, is also twenty-four and experienced considerable social anxiety in childhood. However, Johnny's parents were able to find him a therapist after he started exhibiting symptoms as a child, and he was able to participate in a treatment called Cognitive Behavioral Therapy (CBT). Johnny, along with his parents, attended 16 sessions of CBT, where he learned to cope more effectively with his anxiety and face his fears, instead of avoiding them. With the help of his therapist, Johnny's anxiety decreased over time and he was able to develop a satisfying social life. He is now a well-adjusted adult.

So how was Johnny able to go from a lonely, socially anxious kid to a healthy, secure adult when Susan was not? Johnny had the benefit of being treated with CBT as a child.

Studying the Life-Saving Advantages of CBT

In a study conducted by the University of Pennsylvania and Temple University, my research team and I learned that adults who had been treated with Cognitive Behavioral Therapy (CBT) for anxiety when they were children, and whose symptoms improved, were less likely to think about suicide long after treatment ended than those whose anxiety symptoms did not improve with CBT during childhood.1 Overall, the study showed that effective treatment early on may have benefits that extend beyond anxiety reduction–that the treatment may also help prevent suicidal thoughts later in life.

Suicide is a major public health concern. In fact, in 2011, suicide deaths moved up to the second leading cause of death among 15 to 24 year-olds. Up from the third.1 In searching for ways to reduce the suicide rate among this age group, some researchers and clinicians hypothesized that successful treatment in childhood could provide a buffer against later suicide risk. However, few studies have investigated this until now.

Successful CBT for Your Child is Key

The research study included 66 adults who had been treated for anxiety as children (i.e., ages 7 to 14) through the Coping Cat program. This program utilized CBT, the treatment for anxiety that has the most evidence to support its effectiveness, and was specifically developed for children with anxiety disorders. The study showed that 7 to 19 years after undergoing the program, 15% of those who did not improve from CBT had thought of killing themselves within the year prior to the study taking place. On the other hand, none of the adults who had a positive response to treatment reported having had any suicidal thoughts.1

This study followed individuals who had been treated for anxiety for a longer follow-up period than any other study, and is the first to show that successfully treating anxiety in childhood can protect individuals from the increased suicidal thoughts that children with anxiety are at risk for as adults.

CBT is Considered to be the Highest Standard for Anxiety Psychotherapy

CBT is a form of psychotherapy that has been scientifically tested and shown to be effective for treating anxiety disorders, including those in children and adolescents. It is often considered the 'gold standard' treatment for anxiety and related disorders. CBT helps children reduce anxiety, challenge anxious thinking, and approach, instead of avoid, things that cause them anxiety. As part of the therapy, parents learn strategies to support their children's treatment, such as how to help them face their fears and cope with anxious feelings. CBT treatments for child and adolescent anxiety are typically short-term, occurring over the course of approximately 12-20 weeks.

CBT interventions will vary slightly depending on the person, though they often share several key cognitive and behavioral components:

Your Child May Benefit from CBT

CBT is effective for a range of childhood and adolescent anxiety disorders, including separation anxiety, social anxiety, selective mutism, Obsessive Compulsive Disorder, specific phobias and fears, as well as many others. If you think CBT may help your child manage his or her anxiety, it is important to find a therapist who is experienced in using CBT. Experts consider exposure to be an essential component of CBT for anxiety. Exposure tasks are opportunities to practice coping that are designed to help children gradually approach previously feared or difficult situations. Ask a prospective provider to describe to you how they typically treat anxiety in kids and listen to see if they emphasize key CBT components, particularly exposures.

One way to find a practitioner who has a CBT focus is to consult with any of the following organizations and professional networks:

Our study adds to an increasingly large body of research that demonstrates the benefits of CBT for child anxiety. Importantly, the benefit of effective CBT lasts long after initial treatment. Given that CBT is a relatively brief treatment that has been shown to help children with a range of anxiety disorders, parents of a child with anxiety should consider whether this treatment may be right for their family. If you decide CBT is right for you, it is important to find a provider who is experienced with CBT for child anxiety.

How To Manage Childhood Anxiety

Afraid Of Public Speaking? Say So, It Could Help!