Past abuse and trauma can predict suicide 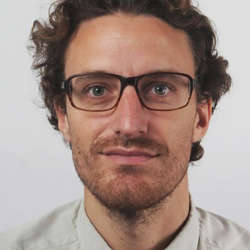 Being diagnosed with Post-traumatic Stress Disorder (PTSD) or having suffered early traumatic experiences are two conditions strongly associated with the risk of attempting suicide during our lifetime. The diagnosis of PTSD is important because not everyone experiencing a trauma, even a grave trauma, will develop this mental disorder, and the risk of suicidal behaviors seems to be more associated with the diagnosis and corresponding symptomatology than the trauma itself.

In this study we tried to determine if those persons presenting a history of child abuse and a diagnosis of PTSD in adulthood were at an increased risk when becoming suicidal. In other words, we thought that having both conditions would be translated into more severe suicidal tendencies. Knowing this could be useful in planning specific interventions for patients.

We examined this idea in a sample of 726 suicide attempters that had completed a very detailed assessment of demographic, clinical, and psychological features. We took the severity of the suicidal attempts they had already made as the outcome of our study (the result of past child abuse and PTSD). To measure the severity of the attempts we used several indexes:

These indexes imply a worse prognosis for a suicidal patient, although we are not sure to what point they are correlated with the risk of later suicide.

According to our hypothesis, we found that patients reporting emotional, physical, or sexual childhood abuse and a lifetime diagnosis of PTSD had an increased risk for more suicide attempts, serious attempts, and a higher level of suicidal intent when compared with patients that had neither or only one of these risk factors. These findings were particularly clear regarding the risk ratios of medically serious attempts (requiring intensive care) and high suicidal intent, which more than doubled when both conditions were present.

There is therefore an increased severity in the suicidal behavior of those patients that have been diagnosed with PTSD and have a history of childhood abuse. Thus, assessing these conditions in clinical settings may facilitate targeted treatment in high-risk patients.

In daily life we should remember that childhood abuse is unfortunately more frequent than we think and conveys serious consequences into adult life such as mental and behavioral disorders, drug abuse, or suicide. We are just beginning to unravel the long-term effects of the abuse on the developing brain of children. Raising awareness is the first step to tackle this problem. But detecting abused children can be tricky, because the abuser may be close and children have different ways to express their distress. We should pay attention to sudden changes in conduct, such as a tendency to isolate himself or herself, irritability, or aggressiveness.

If a child is known to have suffered severe stress or abuse, first we should make sure that he or she feels as safe as possible and avoid underestimating the trauma. Professional guidance can be useful at this moment. Psychotherapy alone or combined with medication has proven its utility, but it should be adapted individually. For instance, young victims often respond better to play therapy than to cognitive behavioral therapy. These therapies can decrease the vulnerability to later traumas, PTSD, and suicidal behaviors.