Identifying Signs Of Anxiety In Children 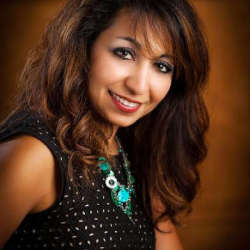 Does your child have any of these symptoms?

Take Our Quiz: Is it Shyness or Selective Mutism?

Does your child seem to “freeze up” in certain circumstances and not be able to or not want to speak? Answer a few questions to find out more.

Essentially, anxiety in children tends to manifest as negative behaviors that you may have glimpsed briefly in the past but are becoming noticeable, consistent and intense. Over time, these behaviors can become frustrating to parents who feel unable to handle these newly arising attitudes, and don't know how to deal with children that are not responding to punishment, yelling, or to any other methods that were once effective.

Girls are more anxious than boys

For example, your child may think that they are not good at math: each day when it's time for a math lesson, your child may complain of stomachache in anticipation. They may ask to go to the school nurse, and then miss the lesson and struggle to complete the worksheets that are sent home for homework. Anxiety can look like your child is struggling with a particular subject, but it is the thought that they can't do the math that leads to losing out on instruction, rather than a true learning disability.

Similarly, being preoccupied with thoughts can also look like a focus issue, but your child may be internally occupied and worrying about their safety or the safety of their family. A child with anxiety may be internally experiencing fear of being called on or criticized.

Anxiety and ADHD, at times, often look very much like each other, and it takes a discerning eye to figure out which one it is. And, to complicate things further, sometimes there can be a little bit of both.

Does my child have Selective Mutism?

Anxiety in Children is Caused by Frightening Experiences and Events

The development of anxiety in children is linked to a situation or perceived event that is frightening or traumatizing. For example, Sarah's parents contacted me, frantically stating that their five-year-old daughter no longer wanted to go to school. She was clinging to her mother, crying, and was inconsolable at school for the first hour or so. They were not sure what had happened or why their daughter was so upset all of a sudden. In further discussion, it turned out that their daughter had watched her friend's mother being taken to the hospital by an ambulance in her neighborhood. Her parents didn't think that this would affect her, as their neighbor was fine and returned home that same day. However, their five-year-old daughter was traumatized by this experience and believed that if she went to school, the same thing may happen to her mother. As a result, she wanted to stay home and make sure that her mother was okay. Take note that this experience was observed and did not directly impact her or her family. However, for children, the frightening experience may be indirectly experienced or observed and still strongly affect the child.

SGB for treating children with PTSD

Often times, in an effort to manage strong feelings of anxiety, children may begin to develop rituals, leaving them prone to Obsessive-Compulsive Disorder (OCD). Children may engage in particular rituals that need to be completed in the morning, after school, or before bed, in an effort to ward off potentially negative things. Common themes of OCD are germ phobia, safety, perfection, and orderliness. Children may also begin to expect family members to adhere to their rituals or particular ways in which they should function in an effort to maintain safety. For example, Sarah did not want her mother to sit on the same couch as her because she believed that if she did, her mother would become hurt. She also wanted her mother to follow a particular path down the stairs, through the hall, and into the kitchen so that she did not become ill or injured.

Does your child have OCD?

Identifying and Treating Anxiety in Children

Childhood anxiety can sometimes be missed because it often appears as difficult or bizarre behaviors that some may believe will simply be 'outgrown.' However, if any of these symptoms or behaviors persist, consult with a Psychologist who uses a Cognitive Behavioral approach in treating anxiety. As childhood anxiety can also be exhausting for you, the parent, be certain to gain support for yourself through a parent support group for children who suffer from anxiety. You could also consider psychological support to offer support and guidance as you work with your child towards decreased anxiety.

If your family doctor has prescribed an SSRI for your child's anxiety, click here.

How To Get Picky Eaters To Try New Foods