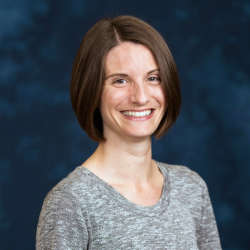 It has become widely thought among healthcare professionals and the public alike that mental health affects physical well-being. New research suggests that depression and anxiety may speed up the aging process, leading to the development of chronic disease. Here, I discuss my research on the link between depression, anxiety, and short telomere length - a condition wherein the protective caps at the ends of cells are shortened to the point wherein those cells no longer divide.

Telomeres are the protective caps at the ends of chromosomes that shorten each time a cell divides. Eventually, critically shortened telomeres trigger cellular senescence, when cells essentially get old and stop dividing. Therefore, telomere length is thought to be a biological marker of aging. In support of this theory, a growing number of studies have shown that shorter telomere length is associated with diseases of aging, including cardiovascular disease, type 2 diabetes, dementia, and cancer, independent of chronological age. In addition, some studies have found that shorter telomere length predicts increased risk of death.

Women with Anxiety Found to Have Shorter Telomere Length

To examine the hypothesis that anxiety and depression are associated with shorter telomeres, my coauthors and I used data collected between 1999 and 2002 from the National Health and Nutrition Examination Survey (NHANES).1 In all, our study included 1,164 white, African-American, and Mexican-American participants between the ages of 20 and 39, some of whom had major depression, Generalized Anxiety Disorder, or panic disorder in the past year. Among female study participants, those with anxiety or panic disorder had shorter telomeres than similar women who reported no symptoms of anxiety. No association was found between anxiety disorders and telomere length among men.

Further Research on Telomere Length and Mental Health is Needed

Due to the fact that the study is observational, the conclusion that mental health problems cause short telomeres remains tentative. Longer term studies in the same individuals could help determine whether changes in mental health are associated with changes in telomere length over time, providing stronger evidence for a causal association. I hope that our study will encourage research on the biological mechanisms linking mental health disorders to physical health problems, and inspire health care providers, policymakers, and the public to recognize the importance of mental health problems for overall health and well-being.

Research on the link between mental and physical health tells us that our minds and bodies are connected. If you or someone you know are experiencing symptoms of depression or anxiety, and you are worried about the physical health consequences, talk to your doctor about treatment options.

Should I Be Anxious About My Senior Moment?