Marijuana May Not Be The Best Solution For Anxiety Relief 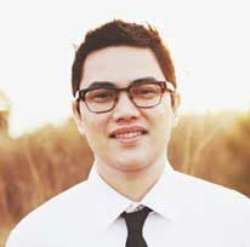 While the body was not designed for cannabis, there are cannabinoid (CB) receptors in the brain that appear to be waiting for marijuana to exert its psychotropic effects. These CB receptors are part of the body's in-dwelling cannabinoid system. Cannabis-like molecules exist naturally in the brain, involved in disparate processes from coping with stress to directing how memories are created. In an issue of Nature Reviews Neuroscience, the body's natural cannabinoid system was dissected, showing the important anti-anxiety effects of the body's own THC-like molecules. Understanding this system has broad implications for the treatment of anxiety disorders.

Our naturally occurring cannabinoids, anandamide (AEA) and 2-arachidonoylglycerol (2-AG) have effects much like 9-tetrahydorcanabinol (THC). Cannabinoids may cause increased or decreased anxiety levels. Anyone who has experienced feeling "paranoid" while smoking marijuana has felt the effect of increased anxiety, while others report feeling "mellow." These disparate effects are also produced by our naturally occurring cannabinoids. AEA and 2-AG have been called "promiscuous" molecules, as they bind to CB receptors, but also bind to other types of receptors; locking-on to different receptors leads to different effects. In general, CB receptors mediate the "calming effect" of THC-like molecules. In contrast, anxiety increases when cannabinoids bind to other receptors. One example is a receptor called TRPV1. When either THC or naturally occurring AEA/2-AG bind to TRPV1, anxiety symptoms increase. These different effects of cannabinoids on the brain have complicated the study of marijuana and are responsible for the different effects from one person to another.

It has also been shown that our internal cannabinoids have different effects in different parts of the brain. In some areas of the brain, such as the periaqueductal gray matter, stimulating CB receptors leads to increased anxiety and depression. With increased use of medical marijuana in California, the Centers of Disease Control (CDC) has tracked increased rates of suicide, up 9% between 2010 and 2012. While we can't say for certain that marijuana makes people suicidal, there is an association between marijuana use and suicide that has been seen in other studies. In the past few years, hospitals in California have seen an increase in people treated for cannabis-induced psychosis, where individuals may report hearing voices, among other psychotic symptoms.

With the advent of medical marijuana in many U.S. states, many people suffering from anxiety have flocked to cannabis clubs in hopes of relief. Based on what we know about our natural CB system, THC can either increase or decrease anxiety symptoms, and may also cause depression. Our internal CB system is so complex, it is difficult to predict the effects of smoking marijuana on mental health. Because of the potential for increased anxiety, depression, and psychosis, the risks of medical marijuana outweigh the benefits for anxiety relief. If considering medication for anxiety treatment, antidepressants are likely a safer alternative to THC. However, non-medication treatments such as cognitive behavioral therapy (CBT), meditation, yoga, and exercise can also be effective anxiety treatment. As we learn more about the natural cannabinoid system in the human brain, we may begin to discover new ways to harness our own neurochemistry to alleviate anxiety, without the potential risks to adults, teens and children that is posed by THC. 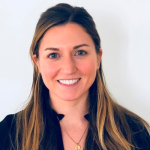 Cannabis Use To Cope With SAD May Lead To Dependence